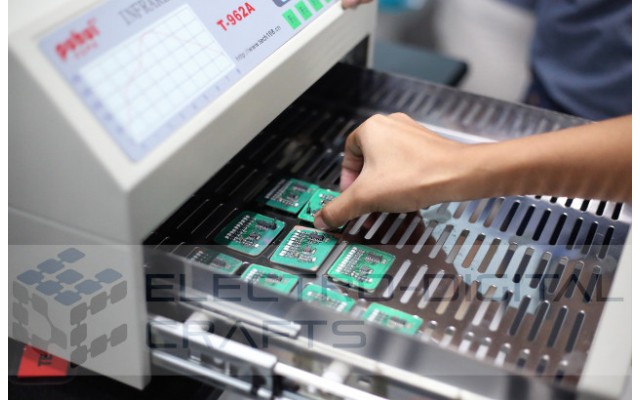 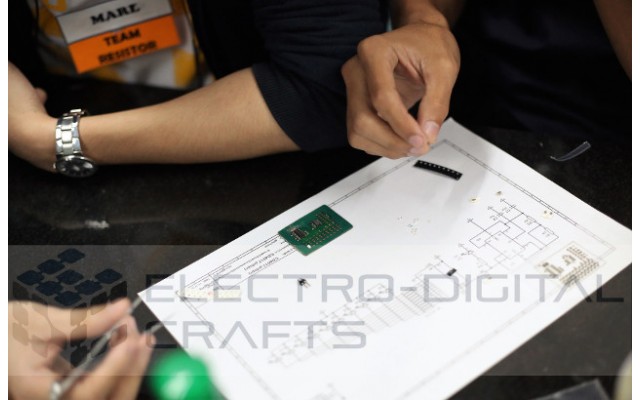 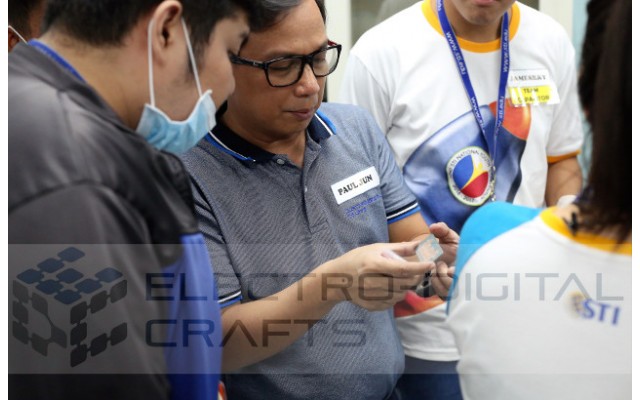 Electro-Digital Crafts inspired the Computer Engineering Students of STI College Calamba City Campus as they held a 2-day Robotics Adventure Workshop entitled “Electronics for Robotics 102: Advanced PCB Designing with Introduction to Surface Mount Technology (SMT)” last August 26, 2017 9AM-5PM and September 2, 2017 9AM-5PM.  The said workshop was conducted in their campus and was attended by at least 26 participants.

The first day was divided into 3 parts.  The first part includes: Introduction to PCBs – where the types of PCBs, the current innovations and technologies used, the terminologies used in PCB manufacturing, the PCB design guidelines and the PCB Manufacturing process were discussed.

While the second part covers: Introduction to Surface Mount Technology (SMT) – where through hole vs. surface mount devices, the SMT packaging and automated pick and place approach, and the machines used for mass production of electronic boards and modules were tackled.  Lastly, the students experienced a hands-on exercises using computer aided design software – DesignSpark, developed by RS Components.  They learned how to create a schematic capture file, PCB layout file and perform saving and printing of their completed design.

The second day consists of the following double sided PCB manufacturing process: Hands-on experience in application of negative dry film photoresist.  They learned how to laminate the film, expose and develop their design.

The etching process comes next, where they used a chemical called “ferric chloride” to remove unnecessary copper on the PCB.  They also experienced how to laminate the dry film solder mask on both sides of the PCB and develop the solder side design.

Drilling of holes for through-hole components comes next.  After these PCB manufacturing processes were completed, the students were able to apply solder flux on the pads of surface mount devices and place each SMDs on to their proper position.  Finally, they also learned how to bake their own board using an IR Reflow Oven.

"...My good impression of the seminar was sustained up to the second day – the ambiance in the venue and the energy of the speakers were equally impressive as the first day. It was evident that the facilitators were prepared for they brought a lot of equipment for the hands-on activities.  They provided complete set of the materials we’ll be using for PCB designing, and went one step after another from PCB preparation using sand paper, film attachment and proper laminating on to the PCB, putting the design to the PCB, etching and the proper method for laminating DFSM. We were guided until we have finished our own PCBs.” –Glenn P. Sandoval (COE Student-STI College Calamba City Campus)."

Your email address cannot be published. Required fields are marked*